AN IDEA BORN OF A FRIENDSHIP!

In 1956, in exchange for the plot of land on which he erected the Cabanon, Le Corbusier built five holiday cabins for Thomas Rebutato, conceived as a prototype of leisure living. The interior of the cabins is designed on some of the same principles as the Cabanon.

Built on stilts by the carpenter Charles Barberis, the Holiday Cabins illustrate Le Corbusier’s research on an economic modular holiday home suitable for mass seaside tourism. Each of them can accommodate two persons in an 8 m² space, and a window in the form of a “T” on its side, inspired by the modern concept of the elongated window, frames the seascape.

Before designing the Cabanon, Le Corbusier had devised the holiday home projects ROB and ROQ, one of them for his friend, Thomas Rebutato. 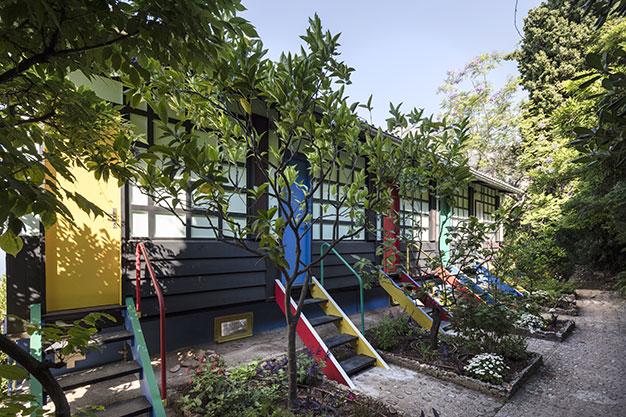 The ROB (for Robert) project was designed for Cap Martin in collaboration with his friend Thomas Rebutato (who preferred to be called Robert). These “Holiday Cabins”, which were originally intended to be built on the rocks below the Etoile de Mer, were an application of the ”226 x 226 x 226” patent derived from the Modulor. The idea was to create a honeycomb-structured living space made of steel sections, offering generous freedom of space for the dwelling. Study on the ROB project continued until 1953 when a storm showed how vulnerable the site was.

Neither of the two projects was implemented but the Holiday Cabins, consisting of a series of five rooms for holidaymakers, are the outcome of continued research along similar lines. 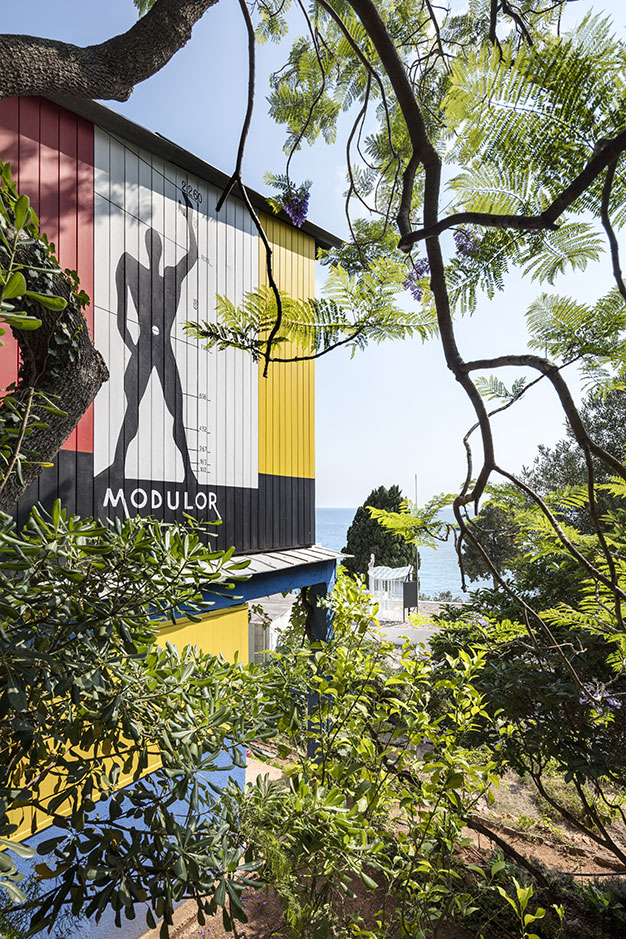 FROM RESTAURANT TO HOLIDAY ACCOMODATION

The Holiday Cabins enabled Thomas and Marguerite Rebutato to add another dimension to their Etoile de Mer restaurant business.

From 1957 on Thomas Rebutato and his wife Marguerite were able to provide lodging as well as board for holidaymakers attracted by the prospect of a care-free summer by the seaside.

Quite apart from their architectural value, these cabins enabled Thomas Rebutato to profit from his land just as he had dreamt of doing a few years earlier. When he built his prototype cabin for the Etoile de Mer, on the basis of plans drawn up by the architect F. Pietra from Nice, he had at first intended to build and sell another five cabins alongside it as part of a small estate. Shortly after Le Corbusier died, he built three small kitchens under the cabins’ pilotis. After her husband died in 1971, Marguerite Rebutato kept the sandwich bar and continued to provide accommodation for holidaymakers in these furnished rooms until 1984.